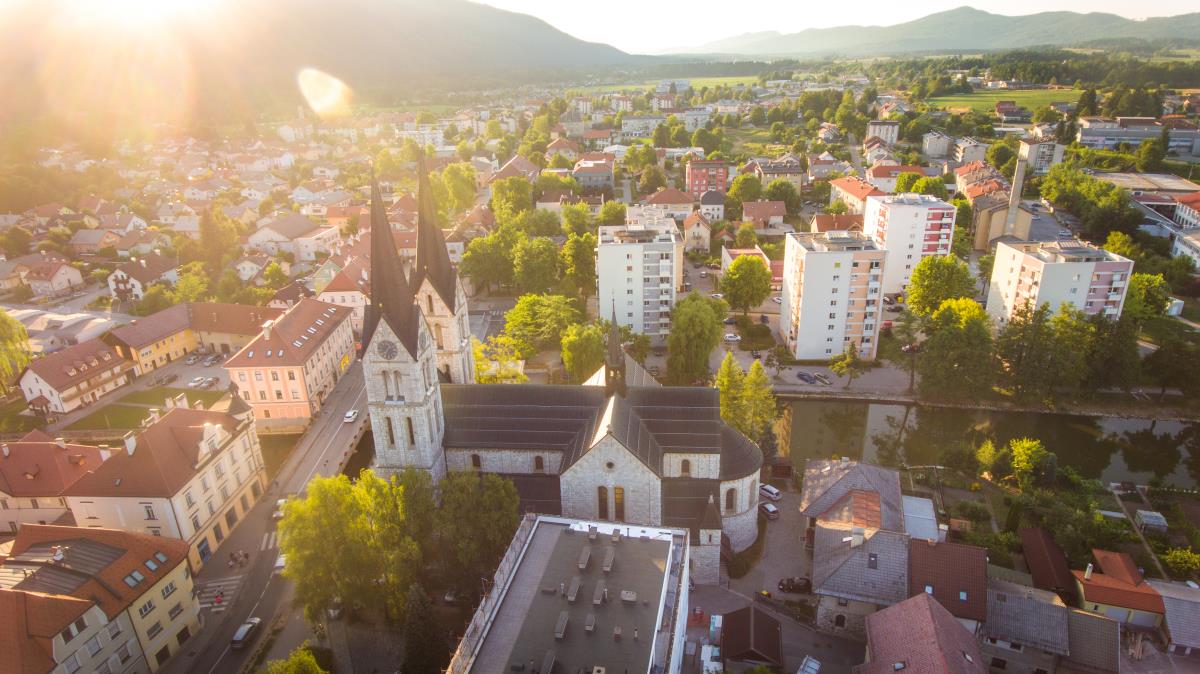 Kočevje is the economic, tourism, cultural and educational centre of the Kočevsko region. Our vision is to also achieve this at regional level. In 2018, the Municipality of Kočevje received the Golden Stone Prize award for the most progressive municipality of the year.

The Municipality of Kočevje is the largest municipality in the Republic of Slovenia; it occupies an area of ​​555.4 km2, and counts up to 86 settlements, with about 16,000 inhabitants. The size of the municipality also includes restrictions; maintenance of a demanding infrastructure network due to dispersed settlement, and the inherited distance from the capital city of Ljubljana, which is also reflected in the emigration of young people and the major efforts in attracting new investment.

Kočevsko is one of the most naturally preserved regions of Slovenia and Central Europe. As much as 90% of the province is covered by forests, dominated by dinaric forests of fir and beech. We are particularly proud of the six preserved virgin remains, among which the Krokar primeval forest in 2017 was also included in the UNESCO World Heritage List.

Kočevsko is marked by a special history. For nearly 600 years, it was inhabited by the Germans from Gottscheer, who represented a cultural and linguistic island in the middle of Slovenian territory. Memories are still living today, most of which are stored in the Provincial Museum. It is home to the former Sokol home, today the Šešek home (Šeškov dom), where a gathering of delegates from the Slovene nation was held in 1943. Kočevsko was marked by post-war events, including sloths in Kočevski Rog in 1945, the creation of an extensive protected area with special significance and underground facilities, which can be seen today. We are extremely proud of the role of Kočevsko in the war for independence and independent Slovenia, since it was precisely with us that the Manoeuvre Structure of National Protection was founded, without which it would not be possible to defend the independence of Slovenia.

Our main task is to provide conditions for the quality of life of individuals and groups. This is accomplished by investing in the environment and sustainable development, promoting the creative environment, and establishing conditions for the development of the economy, and thus creating new jobs with higher added value. Every day we repeat our motto: in the service of citizens!

Kočevje and Kočevsko will return to what they have once been – an important regional centre in the field of culture, education, tourism and economy in southern Slovenia.

Kočevsko has been experiencing varied and unusual historical events for centuries. Due to the remoteness, vast forests, harsh climate, karstification, water shortage and poor soil fertility, the Kočevsko region has stood derelict as a powerful, inaccessible virgin forest until the 13th century. For more than 600 years, this area had been inhabited by a German-speaking population – the Gottschee Germans, who at the beginning of 1941/42 emigrated. The depopulated landscape was suitable for the development of the partisan movement. After the end of WWII, post-war killings took place in the area. Between 1949 and 1990, nearly one quarter of the municipality fell under the so called »Closed area« Kočevska Reka.

Kočevsko is marked by special historic events. In the 1330s, the Counts of Ortenburg populated Kočevsko with rebellious German farmers. Due to its geographical remoteness and isolated landscapes, the »Kočevarji« preserved their traditions, costumes and language, and passed them on from generation to generation, and remained a German linguistic and cultural island in the middle of the Slovenian ethnic territory for more than 600 years.

Kočevje was first mentioned in 1363. During the Turkish incursions, the inhabitants moved their settlement to a safe meander of the underground Rinža stream, and surrounded it with walls. In 1471, the settlement was granted city rights. In 1418, Kočevje, with all Gottscheer lordship, came under the auspices of the Counts of Celje. After the extinction of the Counts of Celje, they fell under the Habsburgs’ regime. In 1641, the owners of the Kočevsko dominion became the Counts of Auersperg, who built a mighty castle in the middle of the city. The residence was praised by Valvasor. In 1791, the Emperor Leopold elevated the prince of Kočevsko to the Duke, and his estate to the Duchy.

Due to the sparse karst land, which could no longer maintain the rapidly growing rural population, the locals tried to look for extra sources of income, with the manufacture and peddling of wooden products. Emperor Frederick III granted the right to freedom of woodware peddling to inhabitants of Kočevje in 1492. Initially, they traded their homemade wooden products, livestock and canvas, and later, mainly citrus fruit, sweets, candies and roasted chestnuts. Due to the difficult economic situation between 1857 and 1941, more than half of the 23,000 residents emigrated, mostly to the United States of America.

At the beginning of the Second World War, Kočevsko was occupied by the Italians, so the leadership of the Gottscheer Germans decided to relocate. In the winter of 1941-1942, 11,509 people from 176 villages moved. After the war, the Kočevje inhabitants suddenly lost their homes and homeland, after the post-war authorities denied their return to Kočevsko. In the autumn of 1943, Kočevsko became the centre of the liberated territory, and the city of Kočevje became the place of the first Slovenian Assembly of Delegates in the then Sokol home, today’s Šeškov dom. The rural areas were often crossed by various military regiments, which inflicted a lot of damage on the depopulated Gottschee villages.

Most of the damage was caused by the Italian offensive in the summer of 1942. The majority of the villages in Kočevski Rog were burned down during that time. After the end of the Second World War, Kočevski Rog became a mass grave for thousands of soldiers. Most of the mass executions in Slovenia occurred between May and July of 1945 (in particular, returned or captured at home, home guards and prisoners from other former Yugoslav republics), and also in January 1946 (Germans, Italians, collaborators and suspects of anticommunism from Slovenia). The Constitution of FPRY was adopted during that time, and the Department of National Security (OZNA) left the regulation of concentration camps to the Ministry of the Interior. However, individual secret executions still occurred later. In Slovenia, there are hundreds of large and small graves from the 1945-1946 period, many of which have not been studied or marked yet. Now, the multitude of graves is symbolised by the abyss below Kren, in Kočevski Rog and Teharje.

The Slovenian authorities assigned Kočevsko a special role after the war. For national and economic reasons, the new government did not allow the reconstruction of the demolished and burnt Gottscheer villages. The government even deliberately destroyed their cultural heritage. After the war ended, Kočevsko replaced almost all of its population. It was inhabited by the new residents from all over Slovenia and former Yugoslavia. Extensive areas of Kočevsko remained empty.

In 1948, Yugoslavia came into conflict with the Soviet Union (Informbureau). At first, there was a threat of a new war. This led to the establishment of a project that provided protection to the top management in Yugoslavia and in the individual republics. The most appropriate abandoned area in Slovenia was the Gotenica-Reka plateau, because it offered a quick retreat to central Bosnia, or to the sea and onwards, in case of an attack. Kočevsko is a scarcely populated and wooded area located on the outskirts of Slovenia, offering many options of concealing the newly constructed buildings.

The terrain proved to be well chosen, since the construction of bunkers in the wall of the village was planned. In this way, each metre in the pit depth quickly obtains some protection in height. The highest point of 90 metres was enough to create protection against the most powerful explosions. The works were completed in 1958. It was a system with an underground network of corridors, with many chambers and rooms. The underground world contained everything from surgical and X-ray rooms, cinemas, offices, bedrooms, kitchen, dining room, boiler room, etc. The house was kept at a constant temperature of 18°C. This was provided by the furnace and ventilation system. The bunker harboured 100 leadership members. In the summer of 1991, the Slovenian Government adopted a law which opened the closed area of Kočevska Reka. Today, the Slovenian Police Force owns the training and supply centre in Gotenica.

For more information about our history, you are welcome to visit the regional museum, Pokrajinski muzej Kočevje: www.pmk-kocevje.si.